Lakshadweep Samudram is a Five-day cruise to visit the islands of Kavaratti, Kalpeni and Minicoy/Kadmat by ship- M.V. Kavaratti. The island tour is organized during the day with lunch and refreshments ashore. Nights are spent on board the ship M.V. Kavaratti has 172 Diamond class & 12 Gold Class accommodations. Swimming, snorkeling and other water sports are arranged during the day' tour.

Children from 1 year and above up to 10 years will be treated as child. Covid-19 Travel Advisory: No Covid-19 RTPCR test is now required for travelling to Lakshadweep. Those who have taken both the doses of Covid-19 vaccine 14 days prior to their movement have to produce valid vaccination certificate. Non vaccinated or partially vaccinated persons have to carry a negative RTPCR report obtained 48 hours before the travel.

Note: Under water scuba diving is not included if required guest can avail at Kavaratti paying Rs.2,500/- per dive at Dolphin dive center of Lakshadweep Tourism, for more details contact water Sports Manager of Paradise hut at Kavaratti Island.

While planning your travel itinerary please provide a day at Kochi, both one way to Lakshadweep and on the way back. Ship programmes/Itineraries are subject to change without notice due to ships arrival / departure or other unforeseen reasons.

Reporting time to our facilitation desk at the, First floor, Lakshadweep Wharf and Passenger Facilitation Center, Near FCI Godown, Indira Gandhi Road, Willingdon island at 10:00 AM. Ship departure time 12.00 AM.

Kochi (Cochin), The Queen of the Arabian Sea, is the commercial capital and the most cosmopolitan capital of Kerala. Kochi is the landing point for all visitors visiting Kerala, Lakshadweep and was one of a major center of commerce and trade.

There will be regular video show on board the ship. A short instructional video show also will be screened depicting the various facilities available on board the ship and about the rules and regulations to be followed by the tourists on board for their own safety and for the safety of co-passengers. Location: 10'-33* North Latitude and 72' -38* East Longitude, located 404 kms. from Cochin. It is the headquarters of the U.T Administration since 1964. You have enough time to explore the island. The beautiful calm lagoon forms an ideal spot for water sports, swimming and basking on warm sandy beaches. Marine life exhibits can be seen at the new MARINE AQUARIUM which has excellent collection of specimens.

It is known for its Scenic beauty and the small islets called Tilakkam and Pitti and an uninhabited island on the north called Cheriyam. A huge shallow lagoon encloses all of them. A peculiar feature of KALPENI atoll is the huge storm bank of coral debris along the eastern and south-eastern shorelines. It is believed that huge boulders were thrown up during a storm in 1847. It is a progressive island. It was in this island that girls first went to school, when women's education was considered a taboo. Here, one can swim, reef-walk or water sport on kayaks, sail boat and pedal boat. A visit to the Baniyan Factory and the Light House is also included in the day's program. Location: 8'-17* North Latitude and 73'-04* east Longitude, located 398 kms. from Cochin.

It is about 10.6 Kms. long: it is the second largest island, the first being ANDROTT. It is the southernmost island in Lakshadweep, crescent shaped and has one of the largest lagoons.

Viringili is the small islet that can be seen on the south. MINICOY is set apart from the northern group of islands by its culture: the islanders are employed as seamen in ocean going vessels the world over.

The island has a systematically arranged village system known as 'Avah'. Each avah is a cluster of houses which is headed by an elected elderly man called Bodukaka. Traditionally all powers to manage village affairs are vested in him.

Each village has a village house beautifully decorated and maintained. Mahl is the spoken language. MINICOY is an important centre for tuna fishing.

The Light House of the island is one of the oldest and was constructed in 1885. One can visit the villages, tuna canning factory, the light house and go for a long drive through dense coconut groves and winding village roads. The beaches have bathing huts and change rooms. So swim and beach walk, Pedal boat, Kayak and Sail. Three Tourist Cottages and a Twenty Bedded Tourist Home have been constructed for the staying tourists. 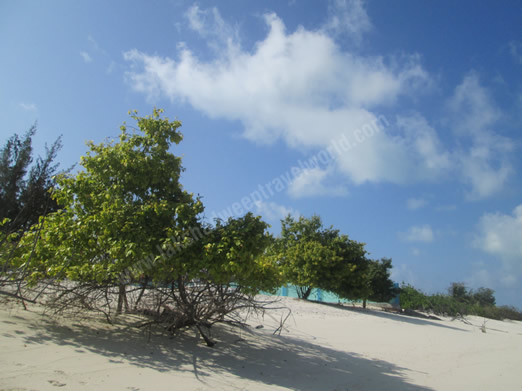 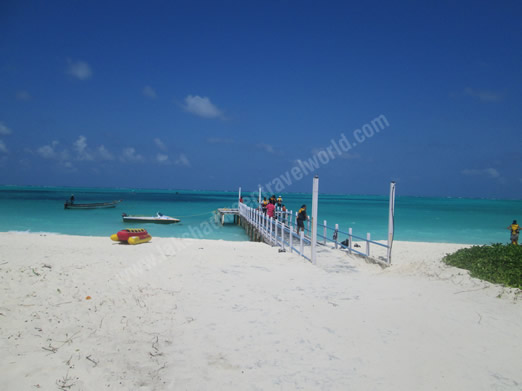 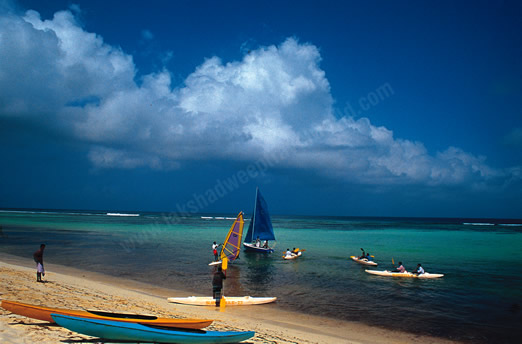 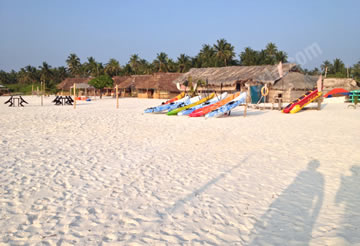 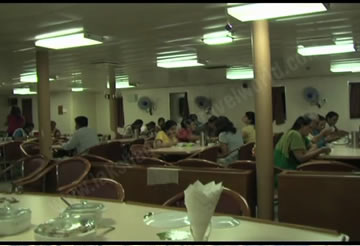 Some Guidelines while on Lakshadweep Islands